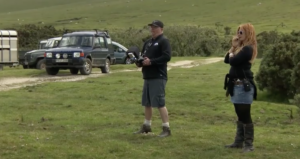 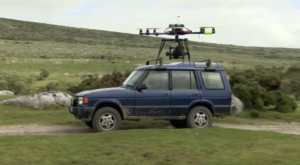 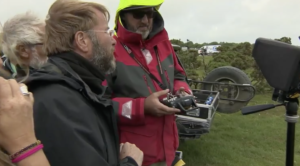 Doc Martin series 8 was filmed in the summer of 2017 and we were often on location for many of the dramatic exterior scenes.

We have to be prepared for all sorts of weather and conditions, and when an important sequence is set we have to be ready at a moments notice.

Being in Port Isaac (Port Wenn) on shoot days in the height of summer is a great place to be, although it is also busy and this year we found that many people were visiting just to see Doc Martin series 8 being filmed. We would often find ourselves the subject of tourist cameras. The cast and crew are well used to the crowds however, and a happy coexistence is achieved. We have to be certain of safety when flying but with good location management we were able to lock off sections of the beach in order to take off, land and fly safely.

Drones were proved to be really useful for many of the establishing shots, vehicle tracking sequences, difficult access areas and also big final pull away shots at the end of the show. We also filmed much of the title sequence shooting directly down along the coast giving an excellent effect when medited in with some of our harbour shots.

If you are looking for professional drone camera work consider Apex Aerial Imaging. I operate camera working closely with the pilot to get some unforgettable imagery in the south west.